ABOUT THE BEGINNERS SECTION

The Newbury Astronomical Society was founded in 1981 by four local ladies who had studied for their GCSE in astronomy, through evening classes, at Newbury Collage. When the constitution for the new society was drafted, one of the declared aims was to take the hobby of astronomy to the local community and especially to young people. The Society soon started providing talks and observing sessions to local schools and many local organisations (young people and adults) who asked for a visit. There was so much interest shown by children that a Junior Section was started.

In 1991 the first Junior Section meeting was held at the Bistro Restaurant on Newbury Racecourse. The Bistro had a room which could be used for talks and there was space outside for observing and the meetings thrived. Meetings were held at the Bistro for four years but gradually the number of lights around the venue increased making observing difficult. It also became apparent that many parents and grandparents were coming along with the children until eventually the numbers of adults equalled the children.

In 1998 it was decided to re-launch the Junior Section as the Beginners Section and open it more widely to the local community. The organisers also felt that the experience they had gained over the first years would allow them to expand the programme. More emphasis was to be placed on practical observing so a darker site would be needed. In 1998 the venue was moved to the Thatcham Nature Discovery Centre where the indoor facilities are excellent and the view of the night sky across the lake is as good as anywhere in the Newbury area. The Beginners Section numbers increased to around 35 and on occasions up to 50.

During the major uplift at the Thatcham Nature Discovery Centre in 2005 and 2006 the Beginners Section had to move to St Mary's Church Hall, Greenham. On completion of the work at the Thatcham Nature Discovery Centre the Begnners Section planned to return but the flood of 2006 seriously damaged the new facilities. The Beginners Section was compelled to continue meeting at St Mary's Church Hall and continue to meet there to date. 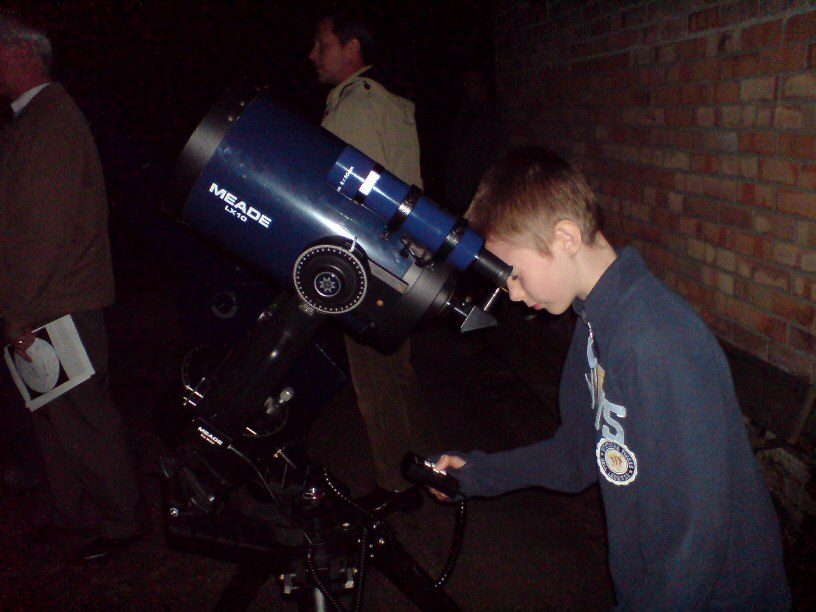 Things are looking good for this session with a number of new telescopes available for people to use. The programme of short introductory level talks for the session looks exciting and, weather permitting, the observing sessions with views of the planets, promise to be breathtaking. There is no need for formal membership but enrolling as a full member saves in the cost of attending and entitles the member attend all society meetings with no extra charge.

The Beginners meetings begin at 7:15 and end at around 9:00. The meetings are very informal and friendly with light refreshments provided at no extra charge.

The meetings are open to people of all ages but children under the age of 16 must be accompanied by an adult.